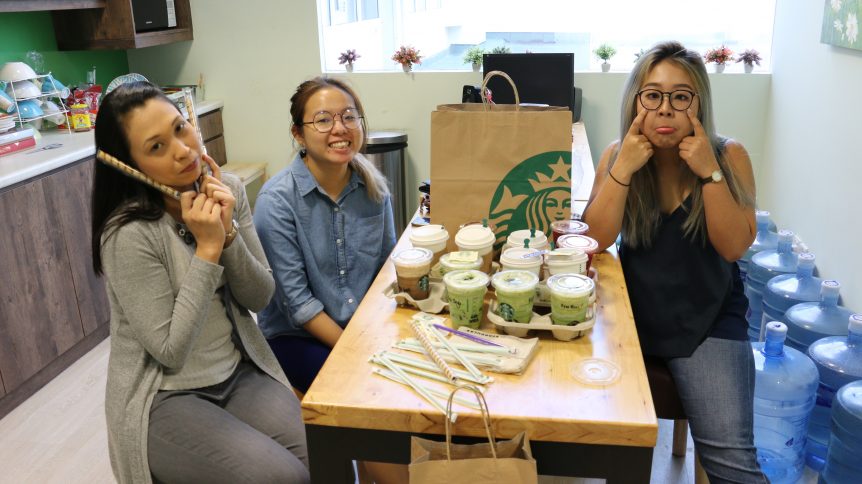 If you’re wondering why there aren’t as many Starbucks cups on the table as the previous times, it’s because our Muslim colleagues are fasting for the month. Plus, there was a company lunch scheduled for later so, you know, gotta save some space.

For those who are unfamiliar with SV’s tradition, here’s a quick brief: Every month, 3 individuals will be chosen at random to treat the company to Starbucks. To stand a chance to ‘win’, all you need to do is be late – the later you are/the more often you’re late, the higher the chance of being selected.

June’s ‘lucky’ winners were Siti, Cheryl, and Wei Ling (from left to right). Thanks for the drinks!

There was a drink that caused ripples of excitement around the office, and it’s none other than the Matcha Earl Grey Jelly – a new drink just released by Starbucks.

The cool thing about this beverage is that you don’t sip it with a normal plastic straw; you use a cookie straw instead. It looked like the old-school chocolate wafer rolls we used to buy after school – Siti is holding them in her hands if you are wondering what it looks like. And yes, it tastes every bit as delicious as it sounds!