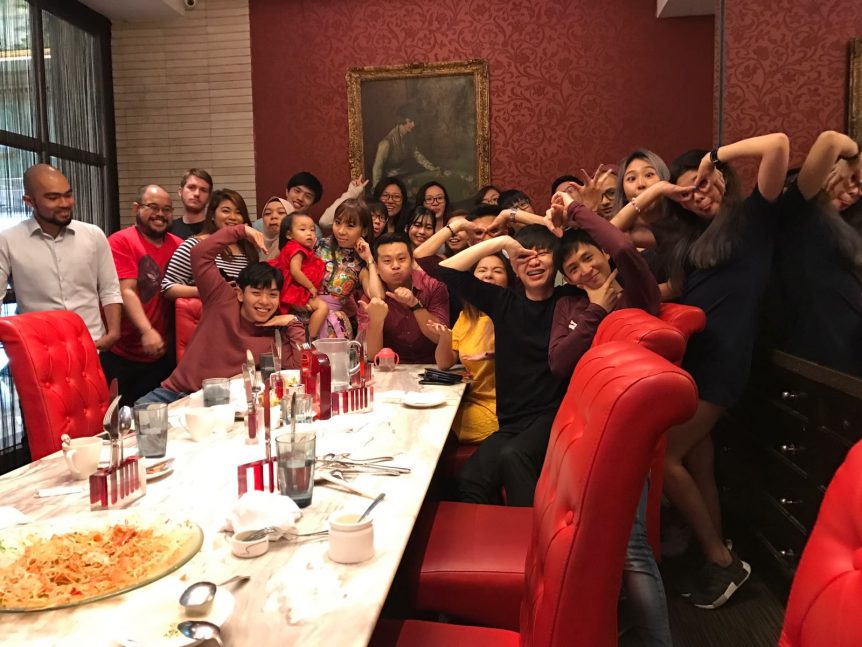 It’s Chinese New Year, and that means one thing over here at SuccessVantage – the long-loved tradition of our company lunch. It is said that if you listen carefully on company lunch days, no matter where you are in the world, you can hear the excited squeals of one of our most enthusiastic employees echoing in a five mile radius around the office.

This year it was a buffet, which turned those excited squeals into out-and-out screams of utter, unimaginable delight. In all honesty, that was probably from more than one of us. There are few things more awesome than food, and when you have a ton of it that you can keep going back to, well, let’s just say that ‘happiness’ is too tame a word.

Located at Royal Plaza on Scotts is a restaurant that holds a spread of utterly amazing food. From Indian, to Chinese to Middle Eastern cuisine, there is food from almost all corners of the world. And we had free reign over all of it – buffets are the best!

This, as you can probably imagine, let to overeating on an epic scale. Nobody could be satisfied with just one helping (even those with small appetites); everyone went back for more, even when it came to the quite excellent desserts. Our mouths will water at the thought of that spread of dishes for a while to come.

There was also the annual Chinese tradition of “lohei”, also known as “lao yusheng” or “Prosperity Toss”, which was as messy as ever.

No one had any pictures of the food because we were busy refilling our plates and our mouths. We only remembered to take a group photo at the end of the feast:

At the end of it all, we sat, stuffed like turkeys at Christmas, and reflected on the amazing food we had just consumed. We eagerly await the chance to return, so we can all stuff ourselves to bursting once more.