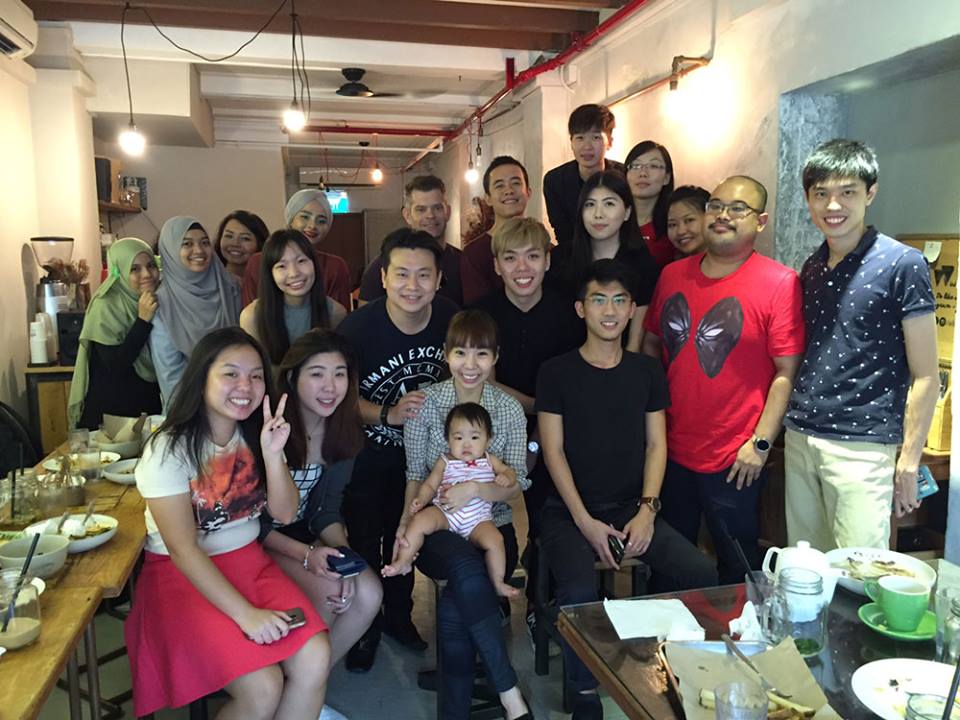 Every month there’s a certain afternoon that we all anticipate: our monthly company lunch!

Last month we went to Wilder at North Bridge Road, with its rustic décor and cozy ambience. It was a relatively small place, so our rowdy party of 20 or so took up almost the entire area.

One of the best items on the menu: Sloppy lasagna with toss of salad

A unique take on the current craze: Calamari tossed with salted egg

It was a noisy affair as usual, but the main event came after the lunch, when it started pouring like nobody’s business. The sky was an overcast gray and the small space outside the café was rendered almost useless by the huge winds slapping the rain into our eyes.

So naturally all of us started bickering (lovingly, of course) about the best way to get back to the office. Eventually we settled on Uber rather than try to flag cabs the usual way­­—the torrential rain was keeping the cab drivers from seeing our maniacal waving.

One particular Uber driver managed to amaze everyone. Unlike the rest who stopped in the road and waited for us to run over in the rain, this driver gestured for us to wait where we were—which was a little confusing. Then he got out of his car with an umbrella, to one group’s delight. He proceeded to walk them one by one under the umbrella to his car, which became a melting pot that consisted of an accountant, a PA, a writer, and a marketing exec.

The rest of the SV family then watched helplessly as the car drove away, with the four girls inside grinning and waving gleefully.

So…you could still say the outing was a success of sorts, I guess!