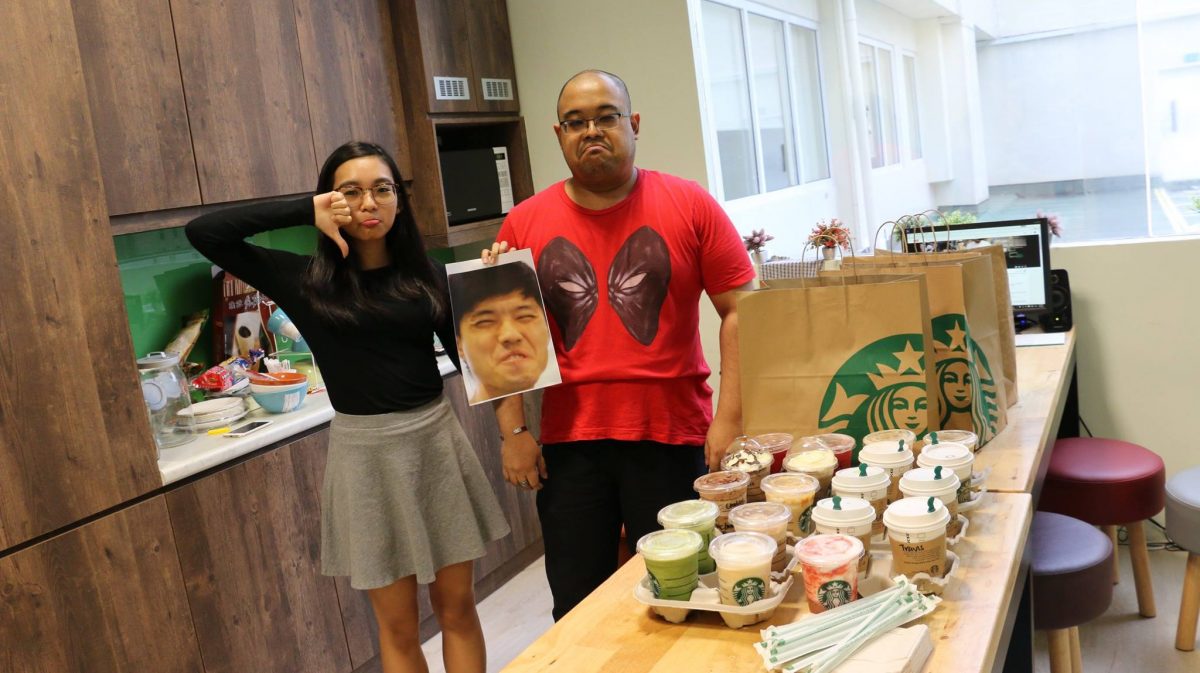 It’s the second time we’re doing the SV Starbucks Challenge, and this time it Got. Even. Better.

Last month’s “winners” got to pick this month’s, so Raff, our resident Doctor Doom, picked Chelcy, the latest member of our Operations team. You can imagine the shock on her face when he revealed her name; all of us jumped out of our seats to look at her reaction. It turned out that she had only been late once!!!!!

She recovered her composure quickly (not that she lost much of it in the first place—she’s usually the picture of total grace), and picked the second name…and got Howie, one of our Marketing Maestros, who was late just twice! This was quickly becoming a freakishly dangerous game for the rest of us.

As we prayed fervently in our hearts, Howie put his hand in the lockbox and fished for another name. (Pretty sure all our breaths were collectively held.) “Raff!” he exclaimed, jubilant. It was a great full-circle ending for us all as we thanked our lucky stars.

After collating all our orders, (come on, it’s a painstaking decision-making process—Starbucks has such a huge variety!) Raff and Chelcy collected the 20-or-so drinks on their own because Howie got stuck in a flurry of back-to-back meetings. But we couldn’t leave Howie out, so one of the other guys came up with the following brilliant idea:

Of course, we had to choose the least flattering picture we could find. We wouldn’t have it any other way 😉

Come join our growing family and help us realize our vision to make the world a better place through education and empowerment.