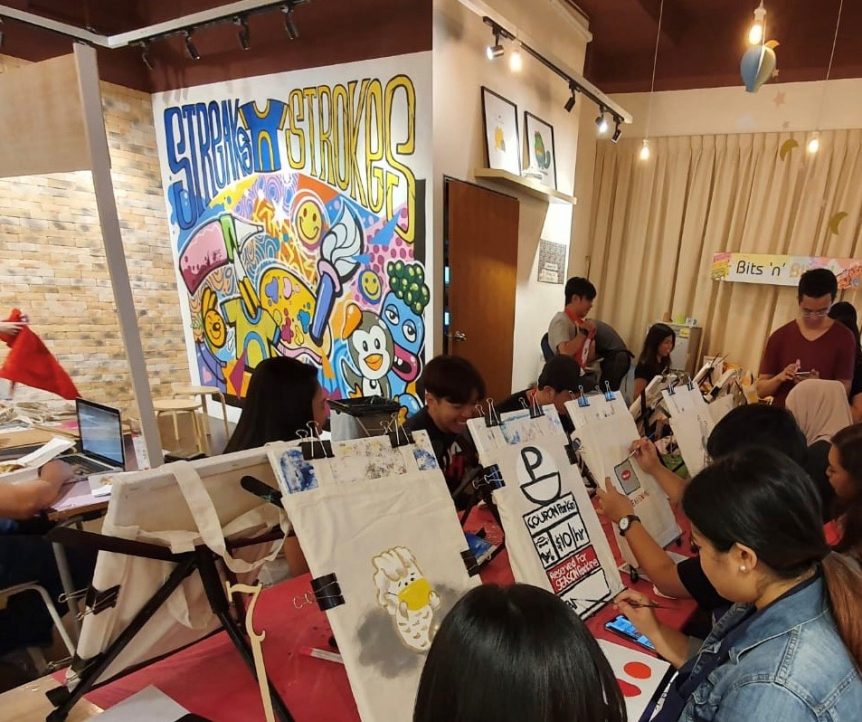 For October’s quarterly company outing, the TG family took half a day off to get their bellies filled and unleash our inner artist. We started the outing with a company lunch at Bugis Junction’s Swensen’s outlet – just walking distance from our office.

We then headed over to Streaks ‘n’ Strokes for an art jamming session that saw us designing our very own tote bags! While this outing was definitely less physically demanding than the previous one, that didn’t mean it was short on competitive spirit.

To get our competitive juices flowing, we were grouped into teams and pitted against one another.

Each team was given a theme to guide their paintings. Whichever team had the most votes by the end of the session would win CapitaLand vouchers, and not to mention, possible bragging rights (until the next outing, at least).

With that, we let loose on our tote bags! 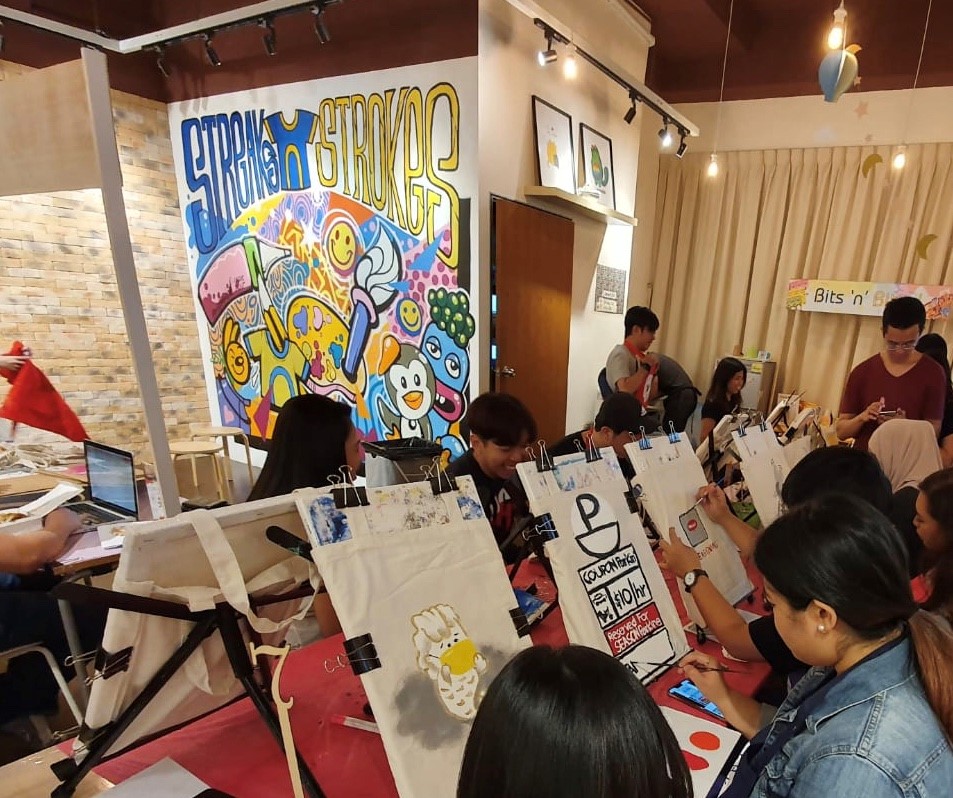 It was clear that some of us had a natural artistic flair: 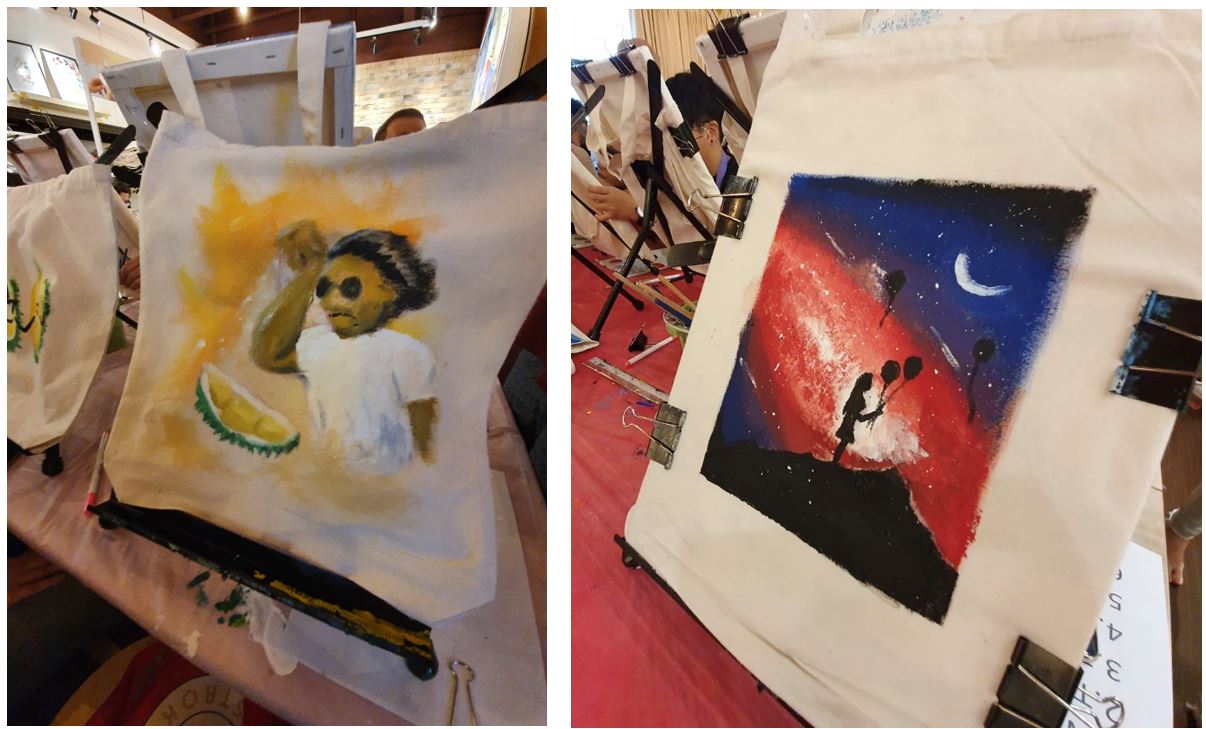 The creative process at work: 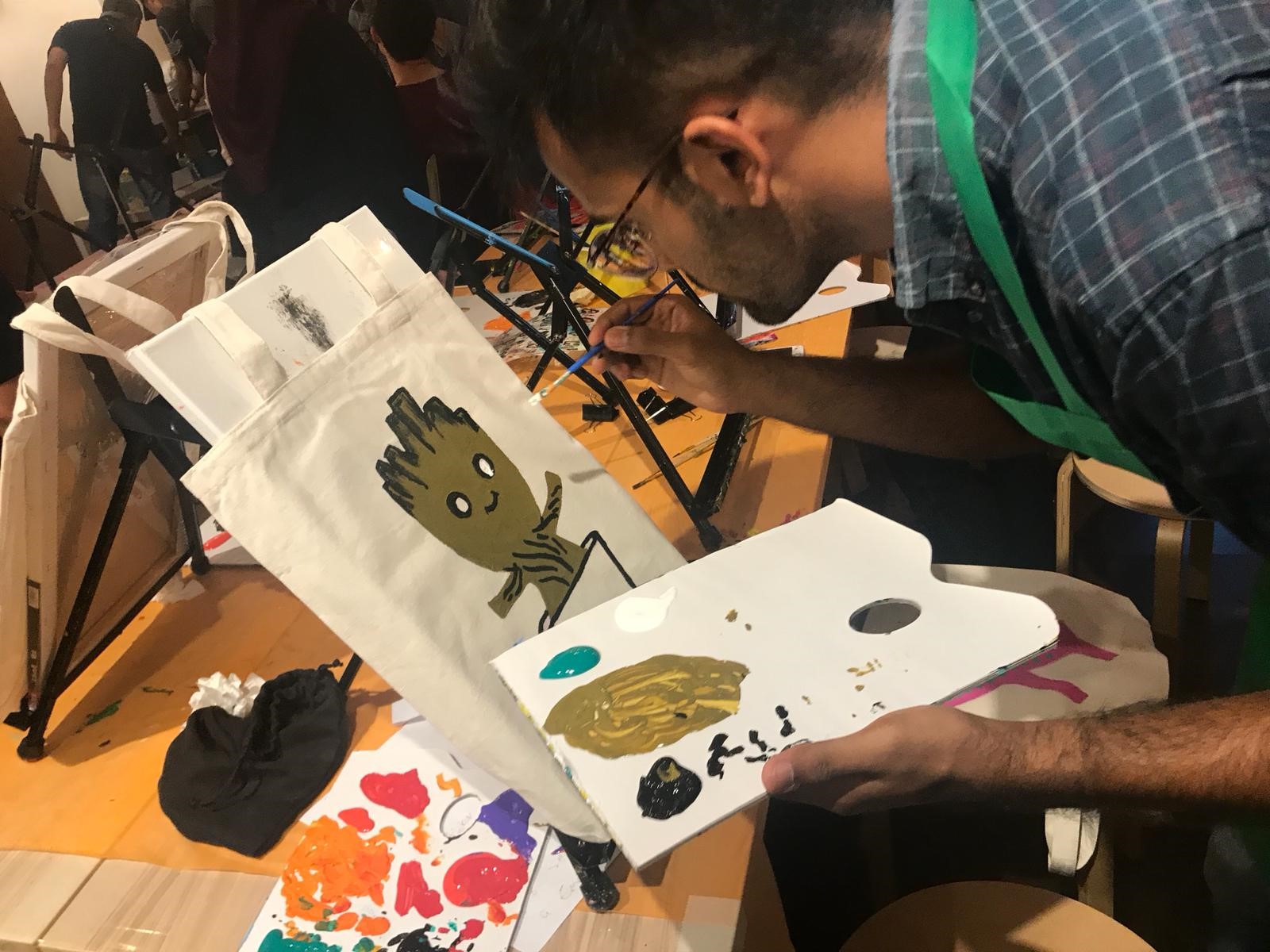 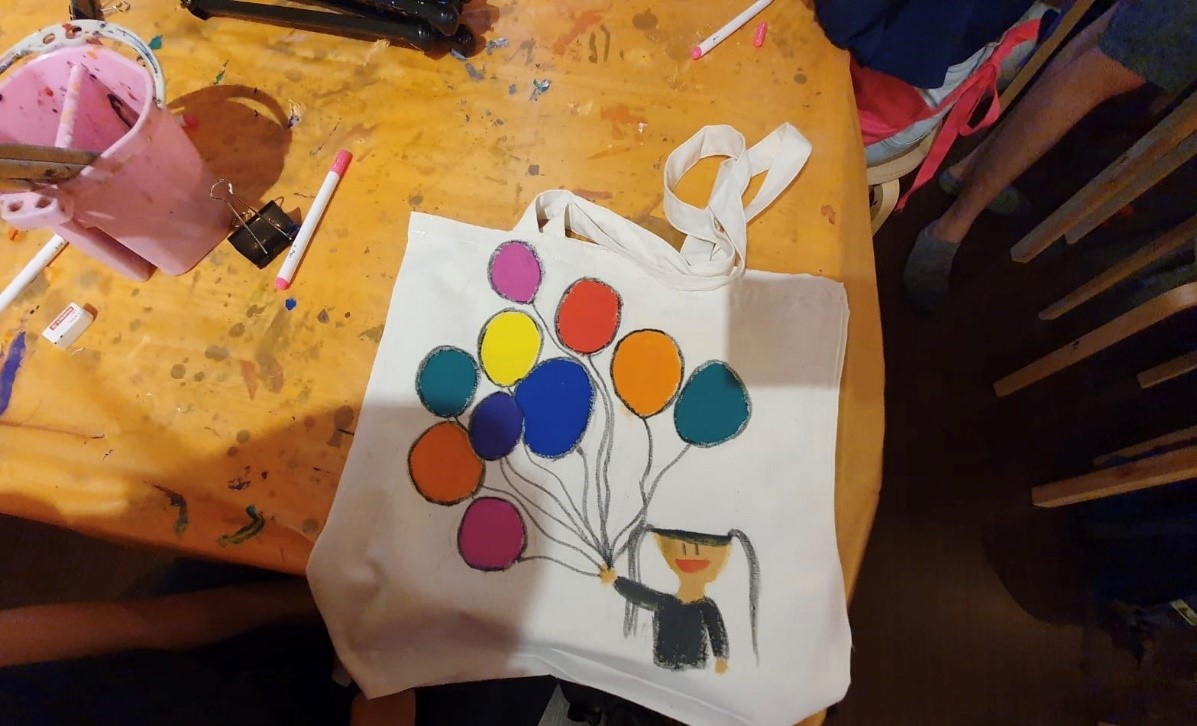 After the votes were casted, it was Team Julius’ cartoon-themed paintings that came out on top! (Don’t they actually look like a real-life family, though?) 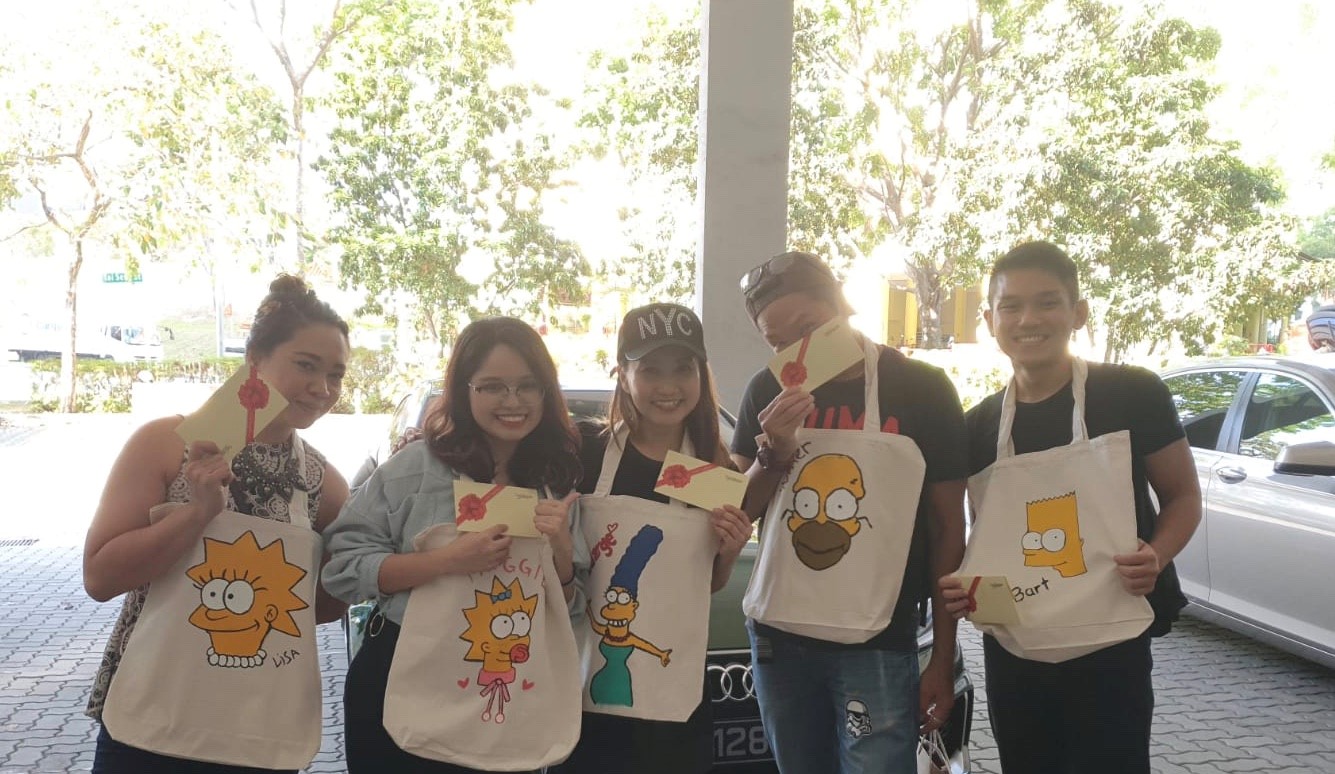 For the rest of us, we got to go home with a ‘stylish’ tote bag – a handy memorabilia for the fun we had, and as a reflection for our amazing artistic skills (or lack thereof 🙂